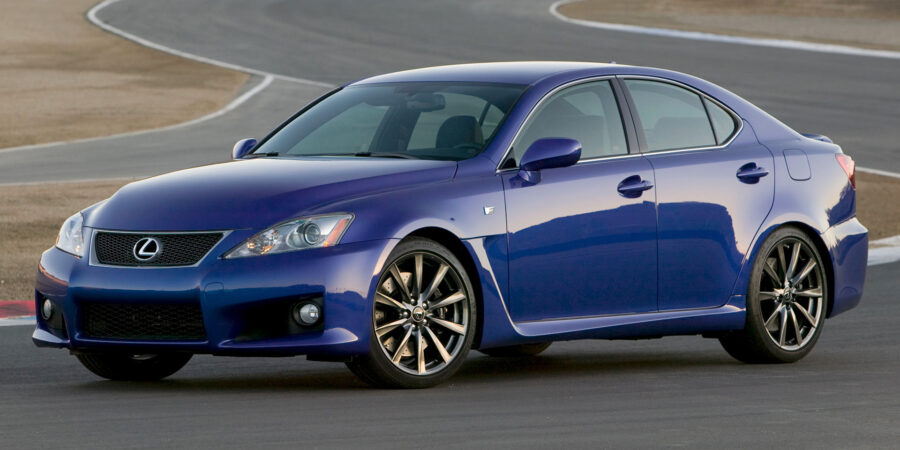 The Lexus family is replenished with a car equipped with a 5-liter 8-cylinder engine with a V-shaped arrangement of cylinders. Its place is in the model IS, the distinctive line is the additional letter F in the name, the character is sporty. In other words, we have a new Premium Sport car. How well she can run – read about this in the material of our expert.

It’s a Lexus after all!

Even without getting behind the wheel, but only after looking closely at the Lexus IS F car provided to me for a while, I already realized that I was lucky. You know, if at present there are such machines that you just see and immediately exclaim: “Oh, good!”, Then IS F is undoubtedly one of them. And what, in fact, is special about it when compared with the base model Lexus IS? Well, the car became a little lower, well, it increased a little in width. And suddenly – what a miracle! – you see that the car, it turns out, has a temper, that it is only waiting for that to rush off the bat! And all the details of her appearance testify precisely to this desire of her: just look at the front, where there are wide inlets, ready to start catching oncoming air even now. Or look at the rear bumper, which is shaped like a diffuser with 4 tailpipes peeking out from underneath. In a word, a cool car, and the whole conversation! But to say that this is such, you know, wild, disheveled “coolness” is impossible. Do you know why? Because the body panels are surprisingly exactly mated, because the body itself is painted with expensive paint, in a word, a breed that is felt in everything, which, however, is not surprising – after all, Lexus!

Then try to sit in the salon and look around, and I’m sure your impression will not change. Pay attention, at least, to the steering wheel. It is trimmed with genuine leather of a special manufacture with a kind of cells (so that the hands do not slip). It’s necessary to think of such a seemingly trifle! The front seats are made with good lateral support, so when sitting down, you can be sure that you won’t have to fidget in such a chair, even if the car itself is thrown from side to side. And one more thing: many did not like the fact that the driver’s seat in the cabin of the basic IS was raised. So, I’m in a hurry to please: in the IS F cabin the seat is lowered by 10 mm, so personally this height was just right for me.

All this seems to be trifles, but they indicate that the car is designed to move at a decent speed. But on the other hand, take a look at what covers the same driver’s seat. This is genuine leather, which has been treated with aniline to make it smooth for a chic look. Or here’s another: in the cabin of my car, the interior door panels were not of the standard type, but those that are offered as an option by the manufacturer. The essence of this option is that the upper side of the armrest is finished with glass fiber with built-in aluminum foil. A complete illusion that it is silver, hence the name – silvery styling. Imagine how gorgeous such a silver salon looks like! I have nothing against the standard interior trim, it is also what you need, however, believe my word, silvering your Lexus IS F is very worth it!

It’s good that an 8-speed automatic is at hand

Oh well, it’s time to move on to the next stage. Therefore, I press the engine start button, and at the moment when the engine starts, the instrument arrows flinch, and the “F” icon is displayed on the information board. Immediately behind, the characteristic and, I would say, saturated noise of exhaust gases escaping to freedom begins to penetrate. Why characteristic? Because you can’t confuse it with anything – only Lexus can rumble like that. From this alone, we can conclude that when developing the Lexus IS of the F series, the designers did not even think to make the car completely unlike everything that was produced under the Lexus brand until then. No, on the contrary, they proceeded from the fact that there already exists a certain standard that can be conditionally called “Lexus style”, therefore, whatever is produced under this brand, it must be stylistically homogeneous. This time – a car with a sporty character, next time – something else, but always Lexus means Lexus!

This approach to creating a car with a purely sporty character, but belonging to the Lexus family, in fact turned into a kind of dualism, which in the process of management clearly makes itself felt. Here, look: at first I drove the car in a calm manner, not rushing anywhere and not straining its engine too much. And while I was taking what is called a wait-and-see attitude, the car was going so softly, so gracefully, as only Lexus can do. At low speed, the engine torque is so great that if you wish, you can only slightly press the accelerator without pressing it into the floor (what is called kick down), and the car will definitely start to accelerate intensively. And nothing that at the same time the tachometer will show no more than 1,000 rpm – everything will go exactly as I said. 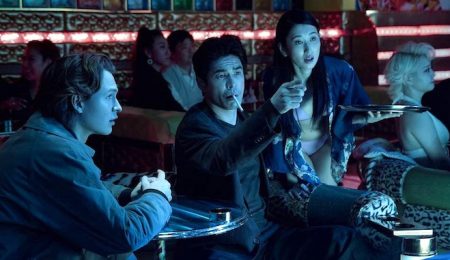 Tokyo Vice – The new HBO Max series for The Yakuza